Singular in both its history and style, the Maison of Jimmy Choo is unlike any other. Among the centennial family businesses where the torch is often passed from father to son, at Jimmy Choo, the transmission was of an uncle to his niece. When celebrities rule the success scene, Jimmy Choo makes the red carpet his playground. While other luxury leaders talk of unexpected success, the London shoemaker had no other ambition than to put the world at his feet.

Born in Malaysia and the son of a shoemaker, Jimmy Choo’s path was already written in the stars as he designed his first pair of shoes at the age of 11. In the early 1980s, he flew to London to study at Cordwainers Technical College, where he acquired the technique and expertise of the biggest names in fashion. In 1986 he opened his first boutique where his creative, gifted, and ingenious designs did not fail to seduce the British Vogue journalists and couturiers who wore his models to the catwalks.

It took just a few years for the entrepreneur to establish himself as a master of innovation. His inimitable creations shook up the fashion scene crowning Hollywood stars and Royalty as his ambassadors. He also become the appointed shoemaker to the Princess of Wales, Lady Diana. Building on his success and recognition, he continued his climb by founding his eponymous Maison in 1996. During this period, Sandra Choi, his niece, joined the Maison as Artistic Director, a position she held until 2001 when her uncle handed her the reins of the ever-expanding company.

With finesses and imagination, Jimmy Choo has managed to rise the ranks to become one of the most desirable Maisons. Synonymous with elegance and glamour, Choo’s shoes embody assertive and sensual femineity. Bright colours and pointed boots, dazzling heels and sandals embossed with crystals; each collection reveals itself like a painting, unveiling iconic models like the Bing Mule and Cinderella Pumps.

And while many stars have found the perfect fit by opening the doors of Jimmy Choo’s beautiful boutiques, others have sometimes “lost their balance”! In a cult Sex and the City scene, Carrie Bradshaw plays Cinderella running after a ferry, leaving one of the London shoemaker’s creations in the harbour: “I lost my Choo!”.

Forerunner of the jewel shoe and unconditional feminine seduction, Jimmy Choo imagines shoes that put every woman on a pedestal.

The Metallurgist of Fashion
Read the article 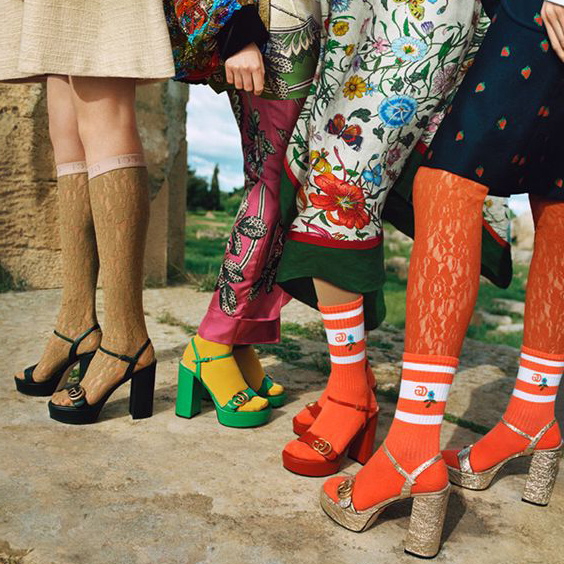